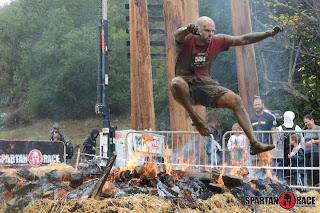 I closed out 2011 with my 1st marathon. And  for nearly three months after I settled into a life of two of the seven deadly sins: sloth and gluttony. I am proud to have run a marathon but I didn't enjoy it the way I do half marathons and obstacle races.

Onto Chapter Two.
I didn't have a goal for Chapter Two at first. 2012 started with my first Spartan Race: the SoCal Super. It was 8.3 miles. I felt all that sloth and gluttony weighing me down. I finished in 4:03:27. I managed to make it through all the obstacles without having to do any penalty burpees. (For those who aren't familiar Spartan racers have a 30 burpee penalty for any obstacle they fail.)

Despite it being 75 degrees that day me and my two deadly sins drove home with the heater on full blast and the heated seats turned on. I was freezing. I still had the clarity of mind to know that if I don't have a steady stream of events lined up I don't train.

Chapter Two now had purpose: Run lots of races. I learned about the Spartan Trifecta. The Spartan Race series has three distances: the Sprint at 3-ish miles, the Super at 8+ miles and the Beast at 10+ miles.

New obstacle races are popping up everywhere and I signed up for everything I could. For the first half of 2012 races started replacing training. There were times when I had races two or three weekends in a row. I would train at most 2 days in between. I ran Gladiator Rock and Run in San Diego then the next week ran it in Irvine twice. As soon as I finished I walked straight to the start and went again. That was the first time my knee started hurting.

Then I ran the Ethos Challenge and the next day ran the Pasadena Half. That hurt.

I was starting to get faster. I was finishing in the top 20% for my age group. There was a huge gap between 20% and 1% but for a giant I was happy.

The next flurry of runs was 3 weekends in a row. Hero Rush: the fireman themed race. This was a great event. Hopefully it comes here again. Next was Tough Mudder. Randy, Daniel and I finished in 4:25. Then the Walking Dead Escape.

They said the Walking Dead Escape wasn't a race. They said it would take 30-40 minutes. I made it a race. I finished in 15 minutes. The rest of my wave wasn't anywhere to be seen. But like any good zombie flick my solitude made me vulnerable. With no one else to chase the zombies got me. I did not make it out uninfected.

Next I ran a 5K in combat boots. Then I ran a 14 mile trail run in Malibu. It was every bit as brutal as the marathon. And my knee was not happy.

Knee pain is apparently good friends with sloth, just as stress is good friends with gluttony. We had the chance to buy the house we'd been renting for three years. Despite being nowhere near ready to buy a house we pulled it off but it was a long ordeal. But I had nearly 2 months of very little training before my next race. The upside was my knee stopped hurting.

The Bootcamp Challenge is one of my favorite runs. Its held at the Marine Corp Recruit Depot and all the drill instructors out to "motivate" you with push ups and lots of yelling. But I was dead. In 2011 I ran it in 27 minutes, 2012 was 38 minutes. Horrible. Plus I got a slight pull in my calf with the Pasadena Gladiator Rock and Run in one week.

I was looking forward to the 10K obstacle course run at the Rose Bowl but my calf hurt. I still ran/hobbled it.

So now I had coming up the Spartan Beast in Sacramento. With 60% of the fitness I had built up through the year gone I was worried. So I ran the Santa Clarita half marathon for a training run.

The Spartan Beast was great. It was pouring for a couple days leading up to it. The clay cow pastures were like running on shortening. With every step your foot would slide in a different direction. I finished the 13 mile course in 4:27:59.

Two week later was the Malibu Spartan Sprint. This time I had company. I dragged my wife Alicia to run her first Spartan Race (actually first race of any kind). I ran it twice: once by myself and again with her. The Malibu course was harder than the Beast. Like Sacramento it was raining and muddy but the hills were relentless.

Alicia was miserable during the race but she ended up being very happy that she had done it. Plus, I got my Spartan Trifecta Medal. My total number of races for the year was 16.

Posted by Chris Neuhahn at 1:44 PM 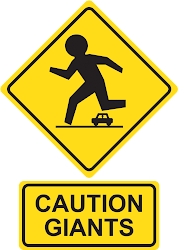 Upcoming Races for the Running Giants